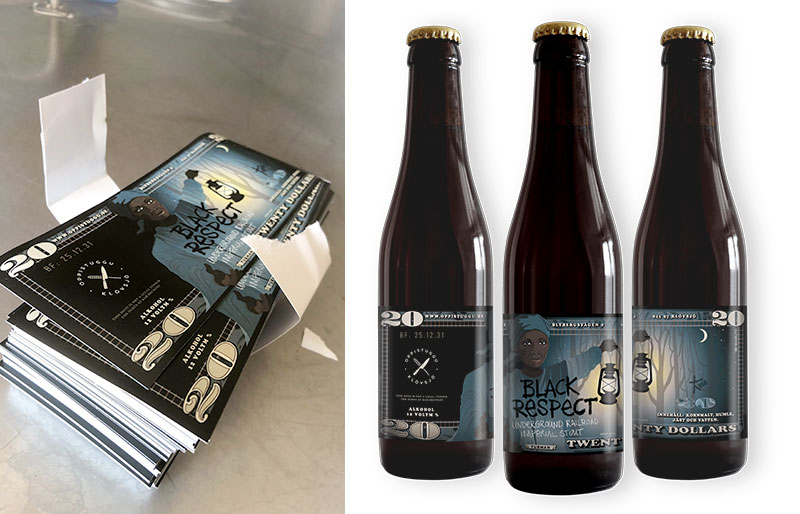 Black Respect. An Imperial Stout that takes the liberty to pay homage to Harriet Tubman in particular, and to all those who distance themselves from human injustice in general of course.

In 2016, Barack Obama’s government made the decision to replace the seventh president of the United States, and slave owner, Andrew Jackson from the new $ 20 bill. Jackson was to be replaced by Harriet Tubman, the first black woman on a US dollar bill. The banknote was supposed to be introduced this year as the United States celebrates the 100th anniversary of women’s right to vote.

Harriet Tubman escaped from her slave owner in Maryland in 1849 and worked, among other things, as an agent for ”The Underground Railroad” and with the opponents of slavery in the north. She then joined the campaign for women’s right to vote in the United States.

The implementation of the new $ 20 bill has been delayed by Donald Trump’s government and the decision has now been postponed until 2026. Therefore, any banknote which adorns Harriet Tubman will not be in circulation until the year of 2028 at the earliest.

That won’t stop Sweden’s most secret brewery, Klövsjö Gårdsbryggeri, from introducing Black Respect. An Imperial Stout that takes the liberty to pay homage to all those who advocate and distance themselves from human injustice in general and Harriet Tubman in particular.

At DIABLITO STUDIOS we feel honored to visualize this label with one of the most prominent figures in the history of Black America who is all too rarely mentioned to the same extent as, for example, Martin Luther King, Malcolm X, Louis Farrakhan or Barack Obama.